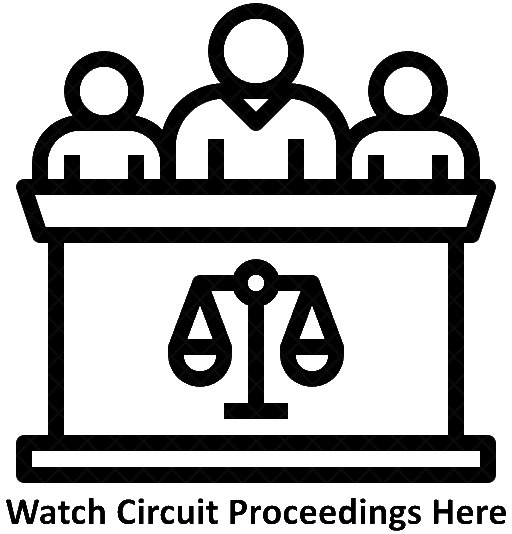 Click on the following link to see the press release dated March 13, 2020 for information regarding the operations of the Wexford Missaukee Court System: Press Release.

The state is divided into judicial circuits along county lines. The State Legislature determines the number of judges within a circuit based upon the court caseload. In less populated rural areas, there are multi-county circuits, and judges travel from one county to another to hold court sessions. The 28th Circuit Court is a multi-county circuit which encompasses both Wexford and Missaukee Counties. Court sessions are, therefore, held in both Cadillac and Lake City, which are the county seats for Wexford and Missaukee Counties, respectively.

The Circuit Court is the trial court of general jurisdiction in Michigan because of its very broad power. Circuit Court has taken jurisdiction over all actions except those given by state law to another court. Generally speaking, the Circuit Court has original jurisdiction in all civil cases involving more than $25,000.00, in all criminal cases where the offense involves a felony or certain serious misdemeanors, and in cases related to family matters, including divorce, paternity actions, juvenile delinquency, abuse and neglect of minors, adoptions, emancipation of minors and name changes.

Circuit Judges are elected by the registered voters within their circuit for six year terms in nonpartisan elections. The State Legislature sets the qualifications for a Circuit Judge. Currently, a candidate must be a qualified elector, a resident of the judicial circuit, a lawyer who has been licensed to practice law for at least five years, and under 70 years of age. Circuit Judges are state employees, and their salaries are set by the State Legislature.